Military organisations – including arms companies and the Ministry of Defence – annually sponsor hundreds of projects at UK universities.

These research projects help arms companies to ensure that certain research is done, that good links are maintained with universities and that there are lots of students willing to work for them.

Like any links between universities and the arms trade, these projects serve to legitimise arms companies by presenting them as respectable. 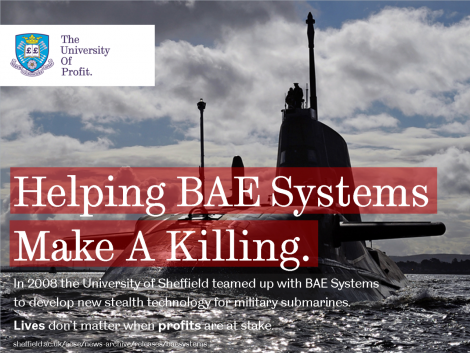 It seems that most of the money entering universities in this way actually originated with the government, in the form of the government paying arms companies to do research and development (R&D) work. 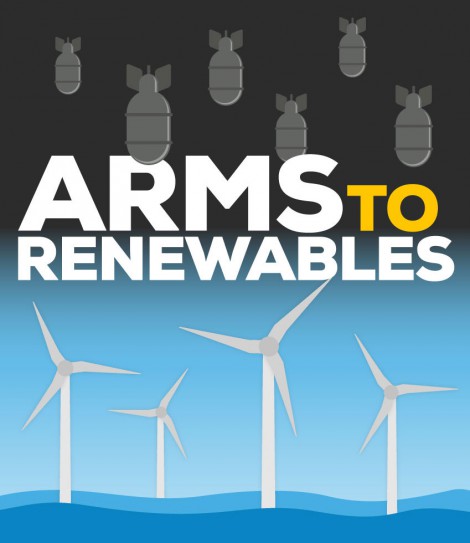 Time for a shift. What if instead of conducting research on behalf of arms companies universities worked on renewable energy projects?

It’s already overwhelmingly clear that students would rather work on projects which make a positive contribution to the world.

Currently the government puts 25 times as much R&D funding into arms as it does renewable energy. Its that money which ends up funding university research so we need to call on the government to change its ways as well as the universities themselves, check out CAAT’s Arms to Renewables campaign to do just that.

Its science and engineering students who are at the front line of challenging arms sponsored research links.

Emma Brownbill, a postgraduate student at the University of York, shares her experience of the military aspects of the department’s research: “The Group Project which is compulsory for Masters of Engineering students this year was about Command & Control (C2) Systems – the major applications of which are military.

“When the external customer for the project, Thales (a defence manufacturer that provides drones for UK Armed Forces), came to present their initial briefing, their slides were full of pictures of military equipment, and it was obvious from the presentation that their pitch had been reworked to play down military applications.

“We weren’t given any ethics statement (which are compulsory when students set our own projects), and there wasn’t any acknowledgement that we might object.”

She went on to say that all the students involved opted against applying their research to military scenarios.

What can I do?

Got questions about the campaign? Check out our Frequently Asked Questions page.