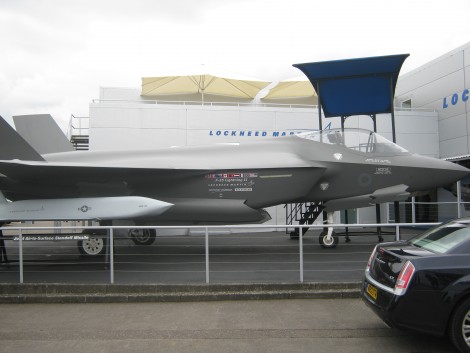 Lockheed Martin, the world’s largest arms company, has announced the relocation of some of its Scotland offices to Glasgow, citing Glasgow’s “flagship universities” as a key reason for the move. This is another clear example of how much UK universities are relied on for propping up the arms trade.

Lockheed Martin is the world’s largest producer of weapons technology. It exists solely to profit from war, conflict and human rights abuses. It has armed Israel, Turkey, United Arab Emirates, and Kuwait, among others.

It is despicable that a company like Lockheed Martin is targeting Glasgow universities and their students. Universities should be places where students can develop the ideas, skills and knowledge needed to improve the world. They should not be helping arms companies to profit from war and conflict. Glasgow University’s own vision and mission says “We have a social and environmental responsibility to undertake our work in an ethical and sustainable manner.” Yet the university’s support for Lockheed Martin and other arms companies through research collaboration, investments and recruitment seem contrary to this statement.

This news is part of a worrying trend of arms companies targeting students. We need to make it clear to Lockheed Martin that they cannot rely on the support of students, and to Glasgow universities that we are not OK with them supporting arms companies.