From Friday 26th Oct – Sunday 28th Oct, CAAT Unis joined peace organisers across Europe in an organising weekend named ‘Don’t militarize me!’ at the University of Kassel in Germany. 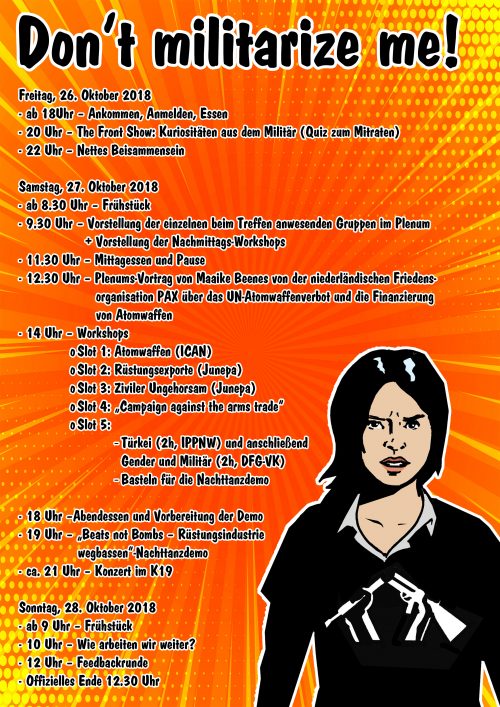 Groups such as DFG-VK, IPPNW, ICAN, JunepA and ICAN came together to share the various ways in which they were working on anti-militarism.

We delivered a workshop on the militarisation of universities, looking at interconnected oppressions fuelled by militarism and the arms trade. To understand these issues in context we looked at various case studies and how militarisation was playing a significant role in each, who was being affected, who was involved, what oppressions were being fuelled and the process for resisting.

Other workshops were also delivered on direct action, the fight against nuclear weapons and skill sharing. We also had the opportunity to listen to Maaike Beenes on their work in PAX for Peace (a peace organisation based in the Netherlands), and specifically on PAX’s No Nukes Campaign.

On Saturday evening, some of us participated in a Beats not Bombs demo in the city centre, voicing our rage about the militarisation of our societies and the arms trade. Sunday was spent reflecting on the movement; why and how we want to work with each other and those we’ve neglected in our organising. 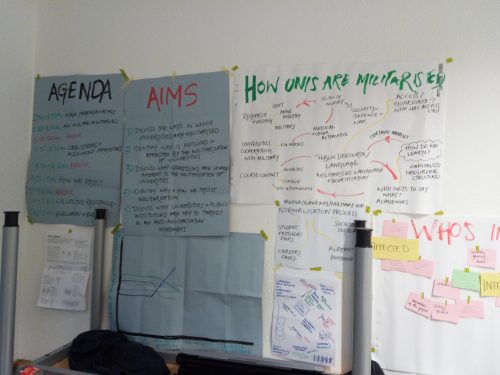 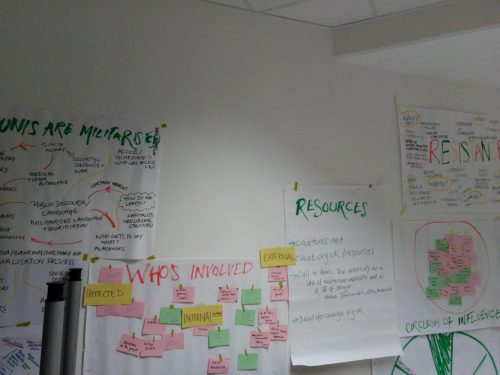 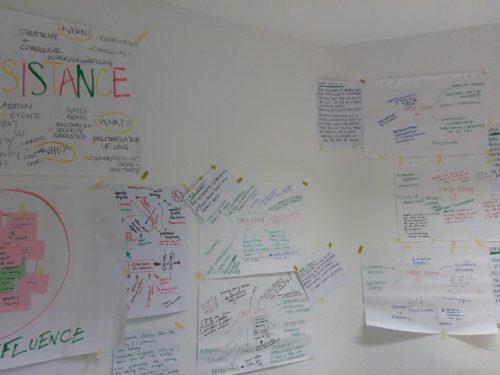 It was particularly inspiring to see the different contributions organisers were offering to a European peace movement. For example, the work done by the International Physicians for the Prevention of Nuclear War (IPPNW) is based in the health sector. It was powerful to learn how medical students and healthcare workers were tackling militarisation in their fight for free and adequate healthcare. To understand militarisation as a structure and tool that oppresses various communities is therefore clearly crucial.