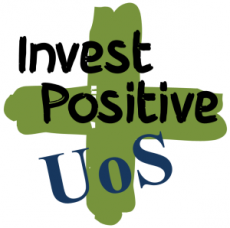 Mike Allwright, a Biological Sciences PhD student, writes on a student campaign for ethical investment at the University of Southampton; asking their University to seize the opportunity to invest for the health of global society and the environment.

In the past few years many university campuses have seen campaigns calling for the ethical investment of their institutions’ endowment funds. Universities are responsible for the education of the next generation of researchers, innovators and leaders. They also have the expertise to drive the development of the technologies that can power a cleaner, safer and more sustainable future for our country and the world. Universities are always quick to publicise their sustainability credentials but can be slow to accept their responsibilities when it comes to the investment of their own cash. This should be important to students because their tuition fees comprise a significant proportion of universities’ financial capital. This summer I was part of establishing a student led campaign at the University of Southampton; Invest Positive UoS (also on Facebook).

On the 12th October we published an open letter in the Wessex Scene (our Students’ Union news publication) with signatories including the presidents of 11 student societies and several members of University staff. We are calling for UoS to commit to drawing up a transparent, socially responsible investment strategy that is consistent with its sustainability objectives and position as a globally recognised university. In practice we feel this should mean declining to invest in tobacco, the most polluting and high-carbon fossil fuel resources or the arms trade. This is an excellent time for us to leverage on this issue as the vast majority of the University’s funds are understood to be currently held as cash and therefore, an improved investment policy would be comparatively straightforward to implement.

Those familiar with CAAT will know that the UK arms trade is consistently engaged in the export of weapons to many nations with poor-to-horrendous human rights records and authoritarian governments. These unacceptably relaxed rules on the export of arms to “countries of concern” not only confer legitimacy on these regimes but provide them with the means to control their own populations and, on occasion, those of other states. One recent disturbing example involves the UK’s largest arms company BAE Systems and its dealings with Saudi Arabia; ranked 161 out of 167 in the world democracy index. In 2011 UK-made armoured personnel carriers, supplied by BAE, were used by the Saudi Arabian military to assist the autocratic Bahraini government to suppress pro-democracy protesters in the country. Despite this, significant arms export licenses continue to be granted to both countries who remain valuable customers for weapons manufacturers.

In a public relations context (including at universities) arms companies are generally presented as providing either “defence” or “security” services. These euphemisms break down however, when the weapons they provide are deployed for purposes that are anything but defensive and instead used to aid the rule of dictators; the oppression of minorities or war with other nations. Investing in such companies would be deeply ethically dubious for any individual but for an educational institution it is surely out of the question. The University of Southampton (like most universities) has a large, culturally and ethnically diverse body of international students who also pay fees and contribute hugely to life on campus. It follows that when making decisions surrounding investment opportunities universities have a responsibility to take a global view of the ethics and impact of the industries in their portfolio.

This year Invest Positive will be looking to engage the wider student body at Southampton and seeking to build broad support for ethical investment. Earlier this month we brought a policy to the Students’ Union Council (SUSU’s highest decision making body) asking them to endorse the campaign. This was not passed at October’s meeting but has been referred to the Union’s sustainability zone committee after concerns were raised about risks to links with industry if the University adopted ethical investment. It is our hope that we will be able to address these concerns (bearing in mind that individual students will always have every right to make their own choices about where they seek work placements or employment) and that the policy will return to the next council meeting in December. This policy matters because student union support has been vital to successful ethical investment drives at other universities including Glasgow, Warwick and Surrey. Like these other campaigns we believe that students should be able to expect their universities to invest their fees in a way that is consistent with the long term health of global society and the environment. Our endowment, our future!