From 7th-9th September, CAAT joined other organisers and groups in the National Student Activist Weekender, held at (the v cute!) Besson St Community Gardens. The weekend consisted of various organising groups and liberation campaigns (within campuses and beyond) coming together to contribute on how we collectively build a united student movement. Discussions and workshops on migrants rights, building a democratic and radical student movement, cops off campus, high rent, Palestine solidarity, anti-semitism, fossil free and much more were delivered throughout the weekend. 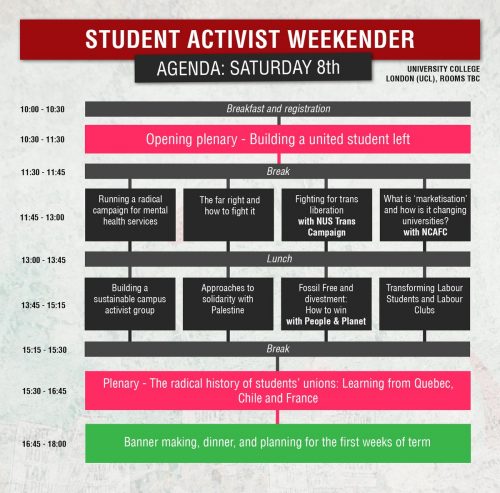 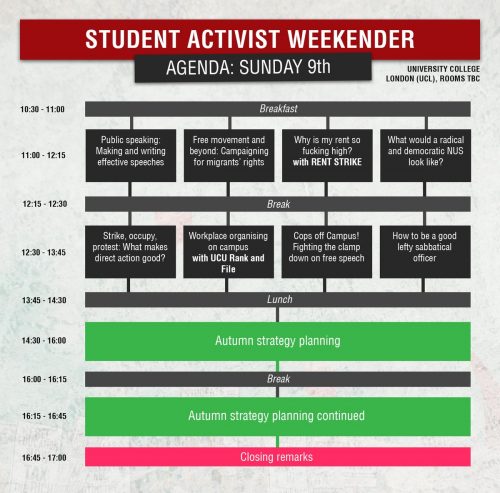 CAAT delivered a workshop on the militarisation of universities. We discussed the extent to which universities are militarised and how this is affecting various communities within and beyond our campuses. One specific connection that was focused on was the interlinked role of the militarisation and marketisation of universities. We looked at the role of corporations in the murder of communities, and how universities are an important and often overlooked avenue. A stark example being Trinity college at Cambridge University, with an investment fund of over £560million in arms companies, oil companies, the Dakota Access Pipeline and Arconic (the company responsible for the cladding at Grenfell). This is only one college at one university (a university that has access to £21bn along with Oxford!!). It is important to note here as well that only one of Cambridge’s colleges is accredited with Living Wage. (Source: Guardian) 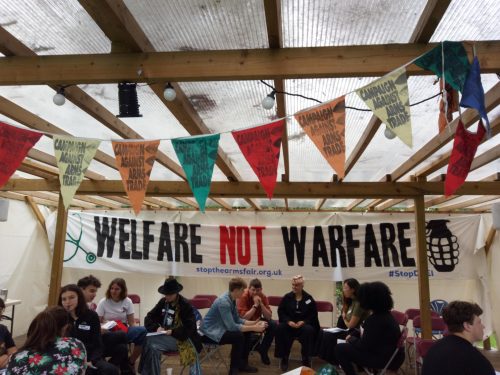 Research funding is also key in providing for corporate interest and should not be dismissed. The university of Manchester’s choice in selling 85% of its graphene research application (which as Demilitarse Education rightly outline, could be used to provide clean drinking water for millions) to the engineering company Versarien is one example of this. Versarien who “through industrial partnerships and shared ownership, …have now won a major contract with Israeli Aerospace Industries (IAI), the major state corporation implicated in all aspects of Israeli military production”, are clearly implicated in the arms trade, especially in terms of Israel. Similarly, Sheffield University’s Advanced Manufacturing Centre’s joint work with BAE Systems, in light of its announcement of investing £10 million in a new ammo production line, means it is directly involved in the arms trade. In Sheffield’s case, they are helping manufacture around 10 million bullets per year – to be used in sniper rifles and machine guns (that were extensively used in Afghanistan and Iraq).

If corporations are funding engineering departments, for example, to dedicate their limited capacity to advance technologies of war, students who then become graduates can only contribute to this sector; leaving us with no actual space for academic freedom, creativity or competition to provide good for society. The university has failed at being a university. (see A. Stavrianakis)

With a clearer understanding of how our different struggles are so interconnected, we were able to reflect on what was needed in our organising, and how to work together (and better, if we were already doing so). It was so exciting being part of this weekend that saw students and organisers from across the UK learn, and unlearn, share and contribute to creating a better student movement. Even more exciting is the upcoming organising we’ll be doing together! 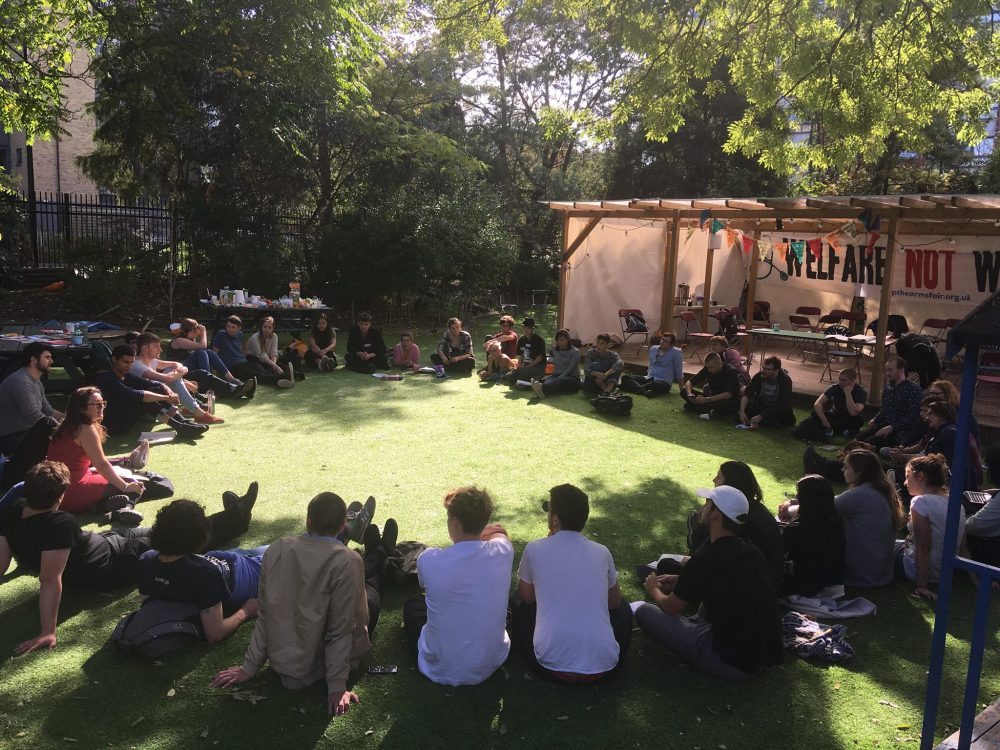 Here you can find the programme of the weekend, the groups involved and the workshops that took place.

Cover photo by Safa Kadhim On the 16th Feb, and to mark 16 years since the 2003 anti-war protests, BP or not BP?, and many others took over the British Museum; targetting specifically the BP-sponsored Assyria exhibition. This was part of a series of actions, that also included the action at the press launch of […]
BDS Conference 2018