It’s been just over 3 months since I started working at Campaign Against Arms Trade – so I thought I’d write a quick update on what I’ve been up to so far!

One of the first things I started working on was developing our campaign messaging and updating our materials. Thanks to Reading University students, we have a new logo and house design to build on. Movement building has been a key focus of my work so far. I’ve been looking closely at the role of the arms trade in upholding oppression (e.g. racism, sexism). Our arguments against the arms trade are developing to reveal the devastating impact of the arms trade on oppressed groups of people around the world. 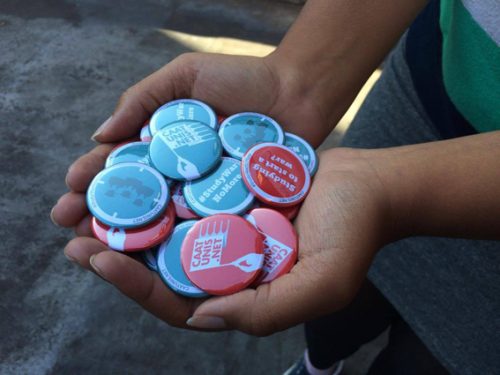 In October I spoke at the Brick Lane Debates at their A is for Activist alternative freshers fair along with a diverse range of grass-roots groups doing great activism across London. It was really uplifting to hear that lots of groups are centring liberation in their campaigning and activism!

I’ve visited a few campuses to deliver workshops on sustainable campaigning and self-care, planning campaigns, and border security and the arms trade. It’s been fantastic to meet so many of you and hearing about your campaign work.

Earlier this month I was invited to run a workshop for the Scotland People & Planet Gathering which was hugely successful! We worked together to find the key links between our universities, the arms trade and the border security and detention industry. Arms companies like Finmeccanica see the latter as a key growing industry to invest in. 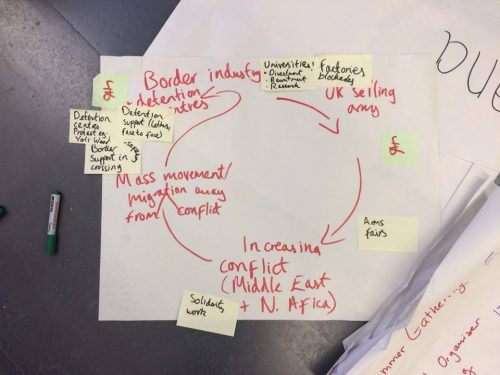 It’s clear that arms companies are not content to simply make a profit from the arms trade. The arms industry is currently pushing for contracts and more investment in the security and detention industry. This is effectively punishing those who are fleeing conflicts, predominantly from North Africa and the Middle East, which have been escalated through the selling of arms. We explored disruption points in the cycle such as protesting at careers fairs, supporting refugees in UK detention centres, and using statements their statements in campus protests to highlight the effects of the arms trade. 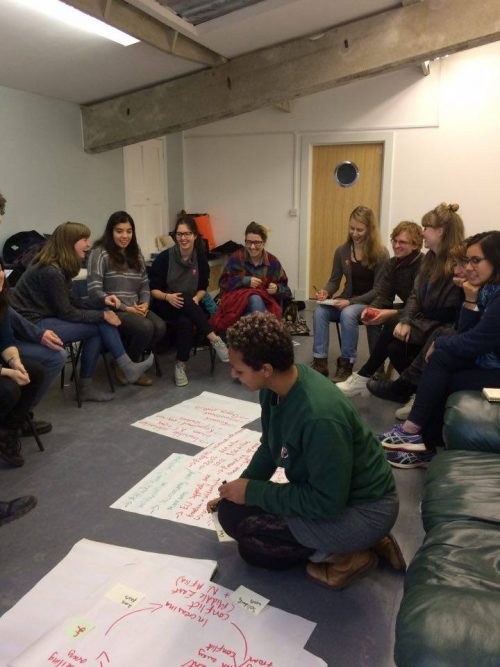 If you’re at a Scottish university and didn’t get the chance to come to the workshop, send me an email to find out how to get involved in the campaign. For those based in London, you can join activists on Tuesday 15th November in protesting the involvement of arms companies and companies profiting from borders at the European Custody & Detention summit at the Tower of London.

Want a (free!) workshop on any of these issues on your campus? Send me a message and we’ll set a date!